From the iPhone X to the Samsung Galaxy S9, most of the big-name smartphones now come with a dual-lens camera. But in a bid to take on these devices, Light is reportedly developing a phone with not two – but nine rear cameras.

According to The Washington Post, Light is currently working on the prototype, which could be ready by the end of 2018.

But why nine cameras? 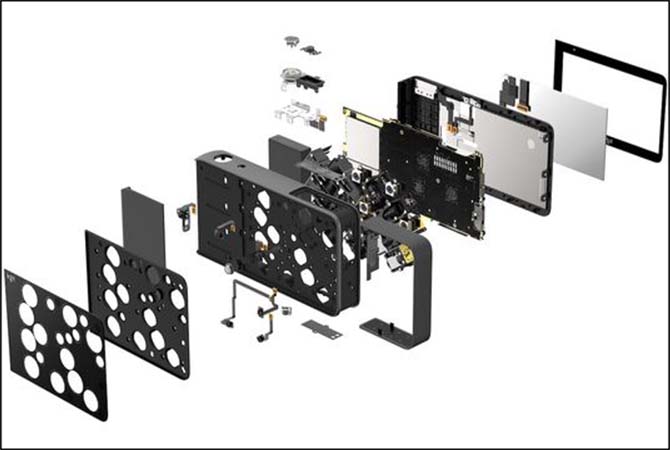 Well, Light says that this arrangement of cameras is capable of capturing 64-megapixel shots, as well as better low-light performance and sophisticated depth effects.

The news comes just months after Light launched its L16 camera, which has a total of 16 lenses.

Every time you take a picture, the L16 intelligently assesses the zoom level and chooses a combination of its 28mm, 70mm, and 150mm modules.

At least 10 lenses capture the same scene from slightly different angles, and these individual shots are then fused together to create an incredibly high-resolution 52MP still image.

By capturing so much data with every shot, the L16 also generates a 3D depth map of the scene.

This information revolutionizes the way you can edit the photo, allowing you to adjust the depth of field, focal plane and noise.

However, the L16 camera comes with a fairly hefty price tag of £1,850, suggesting the Light smartphone may too be expensive.