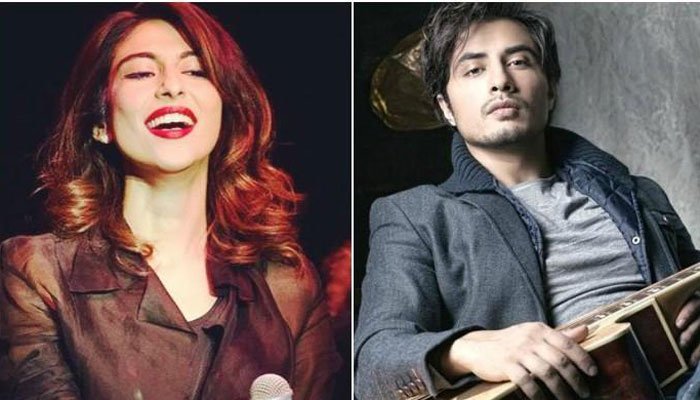 LAHORE: A sessions court in Lahore on Monday asked singer-cum-actor Meesha Shafi to reply by July 5 to a Rs1 billion defamation case filed against her by Ali Zafar.

During the hearing, presided over by Additional Sessions Judge Shehzad Ahmed, Ali’s counsel, Rana Intezar Hussain, argued that Meesha “levelled false and baseless allegations of harassment” against his client.

Ali’s counsel told the additional sessions judge, “Meesha did not apologise despite being sent a legal notice.”

Urging the court to direct the singer-cum-actor to pay Rs1 billion in defamation charges, Ali’s counsel said, “She levelled allegations against my client for cheap publicity.”

On Saturday, Ali submitted a defamation suit to a district court against Meesha.

The suit, claiming damages of Rs1 billion, was filed under the Defamation Ordinance 2002.

In April, Meesha Shafi took to Twitter to publicly accuse Ali Zafar of physically harassing her on “more than one occasion”.

“This happened to me despite the fact I am an empowered, accomplished woman who is known for speaking her mind!” her statement had read.

Ali, on the other hand, had “categorically” denied the allegations and threatened to take legal action against the actress.

“I intend to take this through the courts of law, and to address this professionally and seriously rather than to lodge any accusations here,” the singer had said on Twitter.