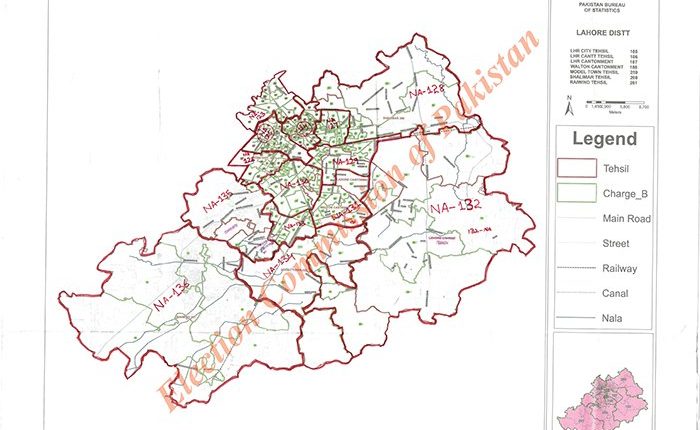 Pakistan’s second most populous city and the capital of Punjab has a total of 14 National Assembly and 30 provincial seats up for grabs come July 25.

The major contenders, Pakistan Muslim League-Nawaz (PML-N) and Pakistan Tehreek-e-Insaf (PTI), are hopeful for a big win, which is why PML-N President Shehbaz Sharif and PTI chairman Imran Khan are contesting from the city.

The other challengers are a mix of old and new faces but none are novices in the political arena.

The largest constituency in the city, population and area wise, is NA-124 which has been carved out of the old city area. Its total headcount is 522,226 voters.

Similarly, the smallest constituency is NA-135, with only 243,289 estimated voters.

In 2013, the PML-N, under the leadership of Nawaz Sharif, won 12 NA seats from the city out of a total of 13. PTI’s Shafqat Mahmood had managed to secure only one NA seat.

Will Lahore buck the trend or vote on similar lines this time as well?